Applications of Directional Drilling in Oil and Gas Industry 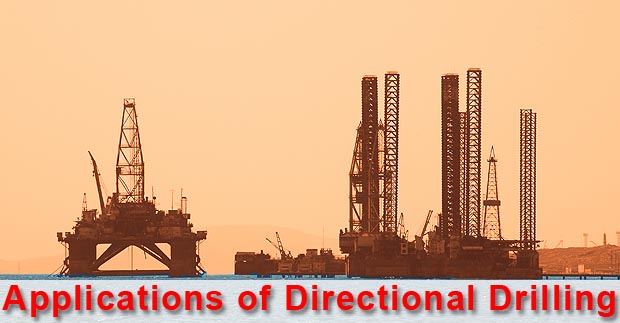 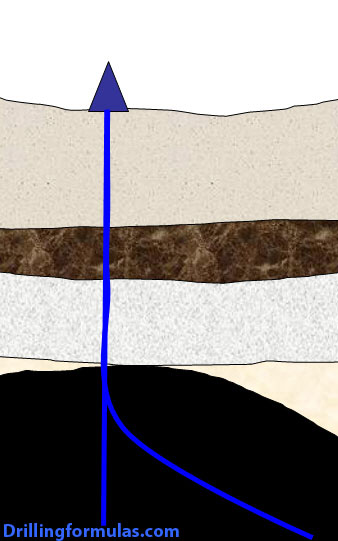 Sidetrack is the process to drill a secondary well from an existing wellbore. Directional drilling technique is applied to successfully side track. There are advantages of sidetracking well as bypassing fish, kicking off from cement plug, extend of the producing zones, etc.

Multiple wells in one offshore location 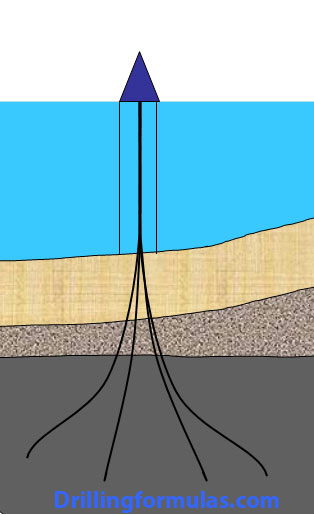 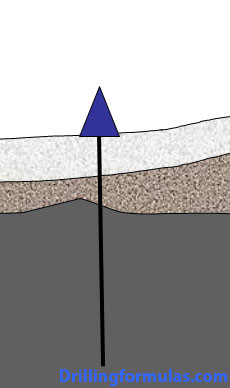 It is not simple to drill a vertical hole because a vertical BHA sometimes tends to created crooked well path. Without the directional BHA, it is very difficult to bring the well back into a vertical path after it deviates from the original plan. The simple way to drill a good vertical well is to have a directional BHA so when the well does 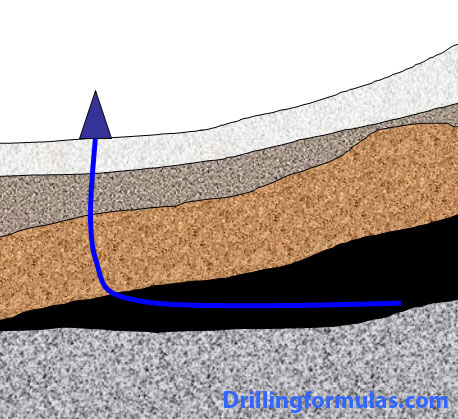 Relief wells are special directional wells planned to drill to hit the blow out well. When the blowout well is drilled into, a special well control procedure will be conducted to control the blowout well. There are several examples as in Macondo well (blow out incident on 20 April 2010). 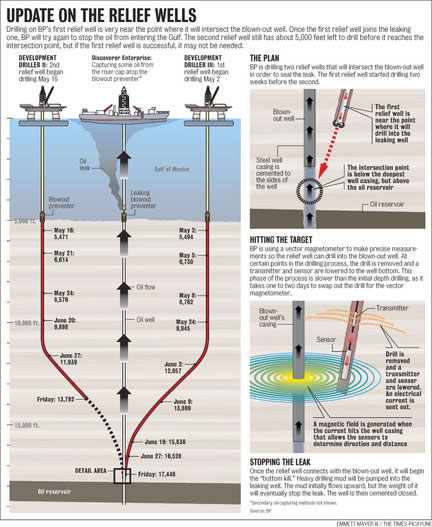 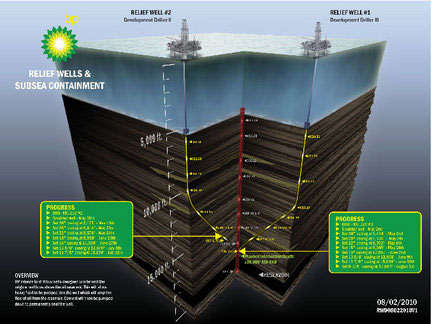 A BP graphic shows how relief wells have been drilled to intercept the Macondo well that had been leaking millions of gallons of oil and gas into the Gulf of Mexico. 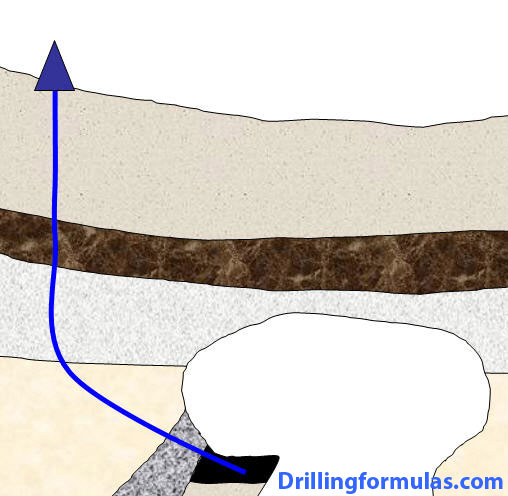 One of problematic issues of drilling is to drill into a salt dome. In order to eliminate this issue, the well is directionally drilled around and underneath the salt dome.

Some areas where the rigs cannot be placed are in accessible as town, mountain. The directional wells are drilled to the producing zones underneath these areas. 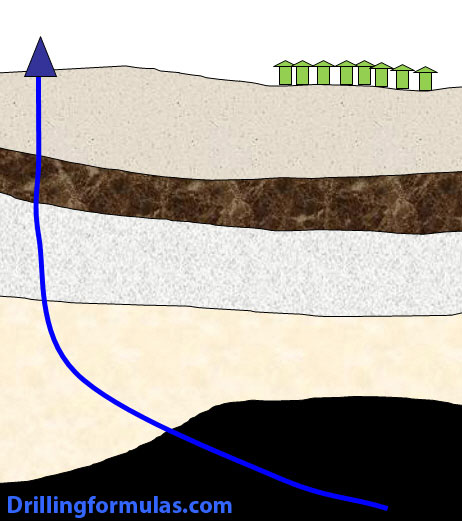